MIT researchers discovered and patented magnesium L-threonate based on its unique ability to boost brain levels of magnesium. 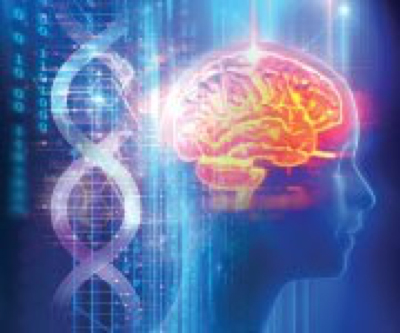 Rapid absorption and ability to enter the brain enables this magnesium to structurally reverse certain aspects of brain aging.1-4

A recent human study demonstrates the benefits of magnesium L-threonate in adults with cognitive dysfunction, sleep disorders, and anxiety.1

The most startling finding is a reversal of more than nine years in clinical measures of brain aging in people who supplemented with magnesium L-threonate.

Magnesium L-threonate (MgT) was developed at the Massachusetts Institute of Technology.2
MgT (pronounced “Mag T”) is special because of the way it boosts brain magnesium levels when taken orally. This effect is due to its unique ability to cross the blood-brain barrier.2

Research has shown that once MgT gets into the brain, it increases the density of synapses, which are the communication connections between brain cells.1

This is critical because loss of synaptic density is associated with brain shrinkage and cognitive decline.5,6
Published Human Data
Scientists at three independent institutions carried out a randomized, double-blind, placebo-controlled clinical trial of MgT in older adults with cognitive impairment.1

To participate in the study, candidates had to be between the ages of 50 and 70, and have self-reported complaints of memory problems, sleep disorders, and anxiety.1

In this multi-center study, participants were randomly assigned to receive placebo or magnesium L-threonate in the dose of 1,500-2,000 mg each day (depending on body weight) for 12 weeks.
Baseline cognitive testing commenced before people started taking MgT or placebo. These cognitive tests were then repeated at six-week and 12-week points.1

Findings from this study revealed:

Using a test of visual attention and task switching, researchers saw significant increases in performance speed for executive function and cognitive processing. These benefits appeared as early as week six on some of the tests.1 Most tellingly, the overall composite scores for all tests of the MgT-supplemented group increased significantly compared with baseline scores and with those of placebo recipients at weeks six and 12.

When cognitive functions are worse on some days than others, it is a warning sign of developing mild cognitive impairment.12,13 In the present study, while placebo recipients showed considerable fluctuation in their cognitive scores, those in the MgT group had primarily positive changes.1

This is a significant finding, which we’ll explain in more detail in the next section.
Understanding Your Brain Age
Brains do not functionally age at the same rate as whole-body chronological age.
For example, a 60-year-old person can have a brain age of 70, meaning they are functioning at an “older” level.1

This variance of brain aging is based on measurable performance and physiological parameters.14-17
In the MgT study discussed earlier, the average chronological age of all subjects in the study was 57.8 years. Their average baseline “functional” brain age, however, was estimated to be 68.3 years.

In other words, the study subjects were about 10 years older in terms of their cognitive function.1
What the researchers found next was remarkable.
The average functional brain age of subjects receiving MgT supplements decreased from an older 69.6 years at the start of the study, to 60.6 after just six weeks of treatment.
That’s a nine-year reduction in brain age in a matter of weeks.1 This improvement continued until week 12 with total reduction in brain age of 9.4 years.

By the end of the study, cognitive abilities were brought almost back to normal for their youngerchronological age in subjects who took MgT.

In other words, MgT treatment was found to reverse these measured aspects of brain aging until it was nearly identical to their cognitively healthy peers.1

Overall, the results of this clinical trial are potentially game-changing for the aging population. The study found that MgT significantly improved cognitive performance on several standardized tests, while reducing the fluctuations in performance that are a warning of developing cognitive impairment in the future.
It also showed a reversal of the brain age of MgT-supplemented subjects by nearly a decade.
How MgT Regenerates Aging Brains
he study detailed above shows that MgT improved cognitive function in aging adults, and helped “rejuvenate” their brains towards normal function for their age.

The key takeaway of this study is that achieving higher brain levels of magnesiumresults in a younger brain.

Previous studies give us insight into how. They demonstrate that increasing magnesium concentrations in cultured brain cells from the hippocampus (the area of the brain where memories are stored and retrieved) increases both synaptic density and brain plasticity.18,19

Here’s why this is important:
• Synaptic density is a measure of the structural integrity of brain synapses. The greater the synaptic density, the more efficient the cognitive processing.20

Is a measure of how readily synaptic connections can change with new stimuli. It is the equivalent of learning at the cellular level.21-24

Getting more magnesium into brain cells is not as simple as adding it to the diet. That’s because of the complex regulatory functions of the blood-brain barrier.2,25

As a result, consuming a typical magnesium compound rather than magnesium L-threonate (MgT) doesn’t affect brain functions like cognition and memory because much of it does not reach the brain.2 In fact, studies show that raising human blood magnesium levels 300% changes magnesium in cerebrospinal fluid by less than 19%.26

Research shows that MgT increases synaptic density in precisely the brain regions most crucial to executive function and memory.2-4 These are the two most critical processes in something as simple as recognizing that a red light means “stop.”

Studies in aging rats and in a mouse model of Alzheimer’s disease have also shown that MgT enhances synaptic plasticity and is capable of reversing cognitive impairment.2,4

While fear plays an important role in keeping us safe from real threats, persistent fearful memories from a specific traumatic occurrence, such as a car accident, can cause us to become anxious and even paralyzed into inactivity.3,27,28

A supplement like MgT that can squelch fearful memories, while also helping our brains put them into context, represents a real step forward in addressing debilitating elements of brain aging.

The mineral magnesium has emerged as a major contributor to the integrity of microscopic synaptic structures of the brain.

But getting high amounts of magnesium into the brain is complicated because it has difficulty penetrating the blood-brain barrier.
Magnesium L-threonate, or MgT, is unique because it enters the brain more efficiently and reaches brain cells, offering a novel delivery system for this valuable neurochemical.

In a remarkable human study, MgT was found not only to effectively boost brain magnesium concentrations, but also to significantly improve performance and speed on a battery of cognitive tests in adults with early cognitive impairment.

Even more dramatically, MgT supplementation reduced brain age by more than nine years. That represents a reversal in these clinical measures of brain aging.

MgT is available as a dietary supplement for anyone interested in proactive brain-aging protection.