KRATOM Debate in the US
Davic C Holzman, Mcmahon Grp  Jul 09, 2018
The US FDA has continued to voice serious concerns about an opioid like plant, Kratom (Mitragyna speciosa)., a close relative of the coffee tree that is embraced by many pain patients as a treatment alternative to pain drugs such as opioids. A dangerous side effect profile pointed out by the agency and strong opinions on its efficacy on the part of its users—who often ingest the leaves in powdered form or brew them as tea to treat pain, opioid withdrawal symptoms and mood disorders—have placed kratom squarely in the middle of a contentious battle on its use. 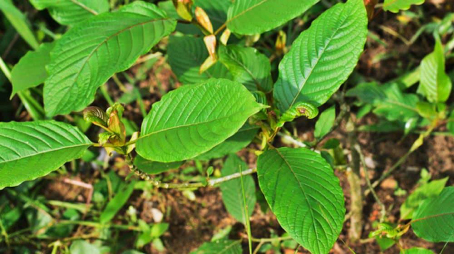 On June. 6, the US FDA released a statement by Commissioner Scott Gottlieb, MD, which some observers view as a trial balloon for scheduling kratom as a controlled substance. The statement described the agency’s “novel scientific analysis using a computational model developed by agency scientists, which provided even stronger evidence of kratom compounds’ opioid properties.” It also addressed 44 deaths “associated with kratom,” up from 36 in November 2017, including the death of an individual who—uniquely among the 44 fatalities—had no known use of opioids.

Dr. Gottlieb stated that based on mounting scientific evidence, “kratom should not be used to treat medical conditions, [or] as an alternative to prescription opioids.” He said there is no evidence of safety or efficacy for any medical use, and stated that kratom is “an opioid” that is “associated with novel risks because of the variability of how it’s being formulated, sold and used recreationally, and by those who are seeking to self-medicate for pain or who use kratom to treat opioid withdrawal symptoms.”
However, the case against kratom is not so clear. Many clinical researchers think kratom’s abuse potential is minimal. Classifying kratom as a Drug Enforcement Administration Schedule I substance would threaten public health by forcing users to substitute illicit and dangerous drugs, or to depend on medications that worked poorly for them, according to a review by Marc T. Swogger, PhD, an associate professor in the Department of Psychiatry, University of Rochester Medical Center, in New York, and Zach Walsh, PhD, a professor in the Department of Psychology, University of British Columbia, in Kelowna, published Feb. 1 in Drug and Alcohol Dependence(2018;183:134-140). Pharmaceutical scientists see kratom as a potential source of new, better pain relievers.

There is a need “to evaluate the abuse potential of newly identified designer street drugs,” Dr. Gottlieb said. To that end, “the FDA developed the Public Health Assessment via Structural Evaluation (PHASE) methodology—a tool to help us simulate, using 3-D computer technology, how the chemical constituents of a substance … are structured at a molecular level, how they may behave inside the body … [The] modeling platform can simulate how a substance will affect various receptors in the brain based on a product’s chemical structure, and its similarity to controlled substances for which data are already available.”
The model predicted that 22 of kratom’s 25 most prevalent compounds bind to mu-opioid receptors, and that two of the top five most prevalent compounds are opioid receptor agonists.

The model also predicted that some of these compounds “may bind to the receptors in the brain that may contribute to stress responses that impact neurologic and cardiovascular function,” Dr. Gottlieb said, noting that the US FDA has previously warned that seizures and respiratory depression may be associated with kratom use.

Kratom compounds should behave “just like opioids,” and “we feel confident in calling [them] opioids,” Dr. Gottlieb said. (The model has not been published in a peer-reviewed journal.)

In the summer of 2016, when the US FDA floated classifying kratom into Schedule I, the agency received roughly 22,000 comments—the vast majority of them opposed.

Drs. Swogger and Walsh’s review supports the opposing comments. “The perception that kratom is a milder and less dangerous opioid-like psychoactive substance is supported by the uptake of kratom use as an opiate substitute, and is consistent with data on the unimpaired social functioning of regular kratom users,” they wrote.

Additionally, the review stated that “kratom use appears to have several important mental health benefits that warrant further study.” Nevertheless, it emphasized a need for more research, and stated that data—generally scarce—are lacking on kratom use in the severely mentally ill population and on interactions between kratom and other substances.

Researchers interviewed by Pain Medicine News disputed Dr. Gottlieb’s interpretation of the PHASE model findings. If all the knowledge of kratom’s pharmacology was derived using this technology, which is not particularly novel, “it would be absurd to conclude definitively that the compounds in kratom are opioids, based solely on a computer model,” said Andrew Kruegel, PhD, an associate research scientist in the Department of Chemistry at Columbia University, in New York City.

“We’ve tested kratom in cells and animal models, research that’s been reported in the literature,” Dr. Kruegel said. That literature indicates that kratom compounds, although binding to opioid receptors, do not interact with the receptors in the same way as classic opioids, he said.

Despite the similar binding, “the subsequent signaling of the mu-opioid receptors is distinctly different from the classic opioids,” said Oliver Grundmann, PhD, a clinical associate professor of medicinal chemistry at the University of Florida College of Pharmacy, in Gainesville.

There are two downstream pathways: the G-protein–coupled receptor pathway and the beta-arrestin pathway. The former increases analgesia, and the latter is associated with respiratory depression—the cause of death from overdose—and potentially with dependence and other adverse effects, according to Dr. Grundmann. Both pathways are activated by conventional opioids; however, kratom alkaloids do not activate the beta-arrestin pathway, and thus likely do not cause respiratory depression or dependence, said Dr. Grundmann, adding that more research is needed.

Among the deaths that Dr. Gottlieb alluded to, in most cases multiple other drugs were detected in the person’s system, such as opioids, alcohol and benzodiazepines, Dr. Grundmann noted.

Dr. Kruegel said that “attenuated respiratory depression is consistent with what we see anecdotally in the user community, with a limited number of overdose deaths, where the circumstances are unclear.”

Despite the mood elevation some users get from kratom, the majority of users experience neither dependence nor tolerance, Dr. Grundmann said, based on 8,049 responses to an online questionnaire that he created (Drug Alcohol Depend 2017. doi: 10.1016/j.drugalcdep.2017.03.007). The limitations of the data include the possibility that adverse effects might be underreported due to self-reporting, which introduces bias, and the fact that only current kratom users were targeted. But overall, “the data are fairly robust,” he said.

Schedule I Implications for Public Health

“Proposed restriction of legal access to kratom can be reasonably expected to have unintended negative public health consequences by removing a harm reduction tool,” Drs. Swogger and Walsh wrote in their review.
“If we place kratom in Schedule I, how are the 3 to 5 million users going to treat their conditions?” Dr. Grundmann asked. “Are we doing them any good by either making them go back to opioids … [or] to potentially even more dangerous illicit drugs? There isn’t enough information in the literature that justifies Schedule I.”

Some investigators, such as Dr. Kruegel, fear that classifying kratom as Schedule I also would deprive patients of better pain relievers that might be developed from kratom.

The major problem with kratom is that like supplements generally, and unlike drugs, it’s not regulated, said Edward Boyer, MD, PhD, an associate professor of emergency medicine at the University of Massachusetts Medical School and with Brigham and Women’s Hospital, in Boston. “You can’t tell me if a kratom product sold online or in gas stations or head shops actually contains kratom. We know a proportion of kratom is adulterated with another substance. That introduces a level of risk, which is unacceptable.”

Thus, Dr. Boyer said, “FDA is walking a tight line. Kratom might be safe; kratom plus drugs could be a problem.” Additionally, kratom might not be present in a product labeled as such, he said. “FDA’s response in a world of unknowns is to minimize the impact kratom can have.”
MEDICAL PRESS RELEASE
Metformin – new possibility to reverse lung fibrosis
MEDICAL BULLETINS
Fat : The future of regenerative therapy
MEDICAL WHITE PAPERS
Suffering IBS symptoms? THIS new pill has been scientifically proven to help
MEDICAL TIPS
Case Report Details Use of Buprenorphine for Treatment of Kratom Dependence
MEDICAL PACKAGES
VMN CLUB
MEDICAL
SUPPORT GROUPS
VIETNAM
HERBS & SUPPLEMENTS